Did Arizona Just Save the republic?

If the 2020 Presidential election was “fair and secure” why is there so much intense opposition to state audits by the Democrats and fake news media? Wouldn’t they welcome an audit that would prove Biden is the legitimate President?

The Dems doth protest too much.

The Arizona State Senate held a hearing on the audit on Thursday, July 15th.

Arizona State Senate President Karen Fann began the hearing by emphasizing the purpose of the audit of Maricopa County’s 2020 election results was to identify election integrity issues so that Arizona voters could have confidence that future elections would be secure and fair.

They then went into detail outlining the audit procedures so that the audience understood that the audit met the highest standards and there was no room for mistakes.

What was reveled in the report was stunning, remember Arizona was a race decided by only 10,457 votes. Also remember Fox News called Arizona with just 10% of the vote count in. They knew, they were in on it.

3,981 voted despite being registered after the October 15th deadline.

11,326 voted who were NOT on rolls on November 7th but WERE on December 4th

18,000 voted and then were REMOVED from rolls AFTER the election

74,243 mail in ballots found with NO EVIDENCE of ever being sent

Facts and undeniable evidence is PROOF of election fraud. There is no way to spin this.

An Arizona Senator weighed in… 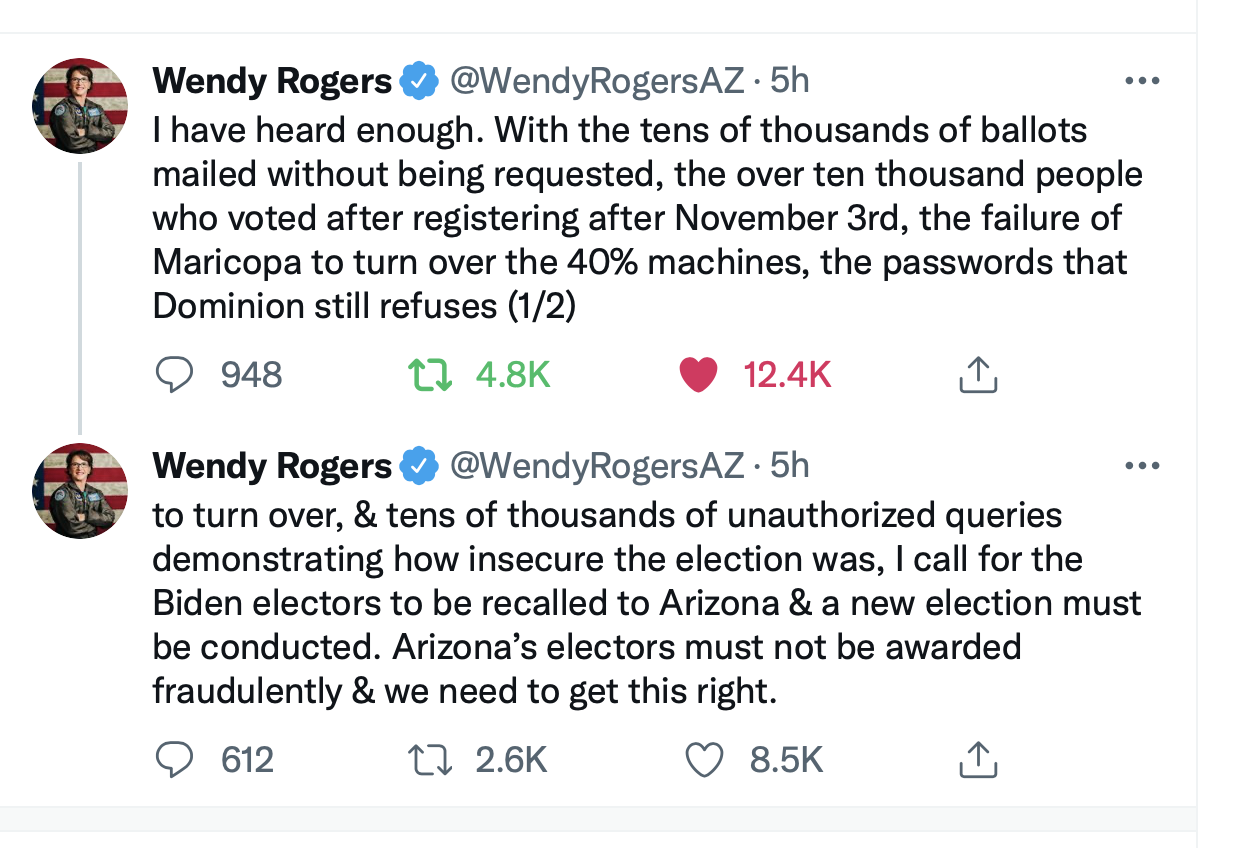 This is just ONE county in Arizona.

This is just the tip of the iceberg.

Trump won in a landslide.

Biden and the Democrats cheated and now they have been caught!

*This is a repost of “Trump taking back the states” cartoon as it fit perfectly with Thursday’s bombshell Audit report.

“Trump Taking Back the States” Available as a signed Print! Click to order yours