Joe Biden claims the buck stops with him, but he’d rather pin the blame on circumstances, the Afghan people, and especially President Trump.

Biden now has blood on his hands. His blundering has caused the death of many. He has disgraced our nation. He has left billions of dollars worth of military equipment to our enemies and now he has provided the Taliban with a list of Americans he intends to leave behind. Biden is a traitor. Not only should he resign in disgrace, he needs to face a military tribunal.

We are being censored and banned on social media because our cartoons are “no holds barred gloves off”  hitting the Communist Democrats and the Cabal where it hurts! Please join us in the fight by supporting our cartoons!

The buck should never have been passed to Joe because he’s a counterfeit president.

Original Ben Garrison Cartoon available to collectors worldwide- Reserve your original art today- will this be an historic artifact of American history worth thousands? Only time will tell!

Reserve your one of a kind original art today! 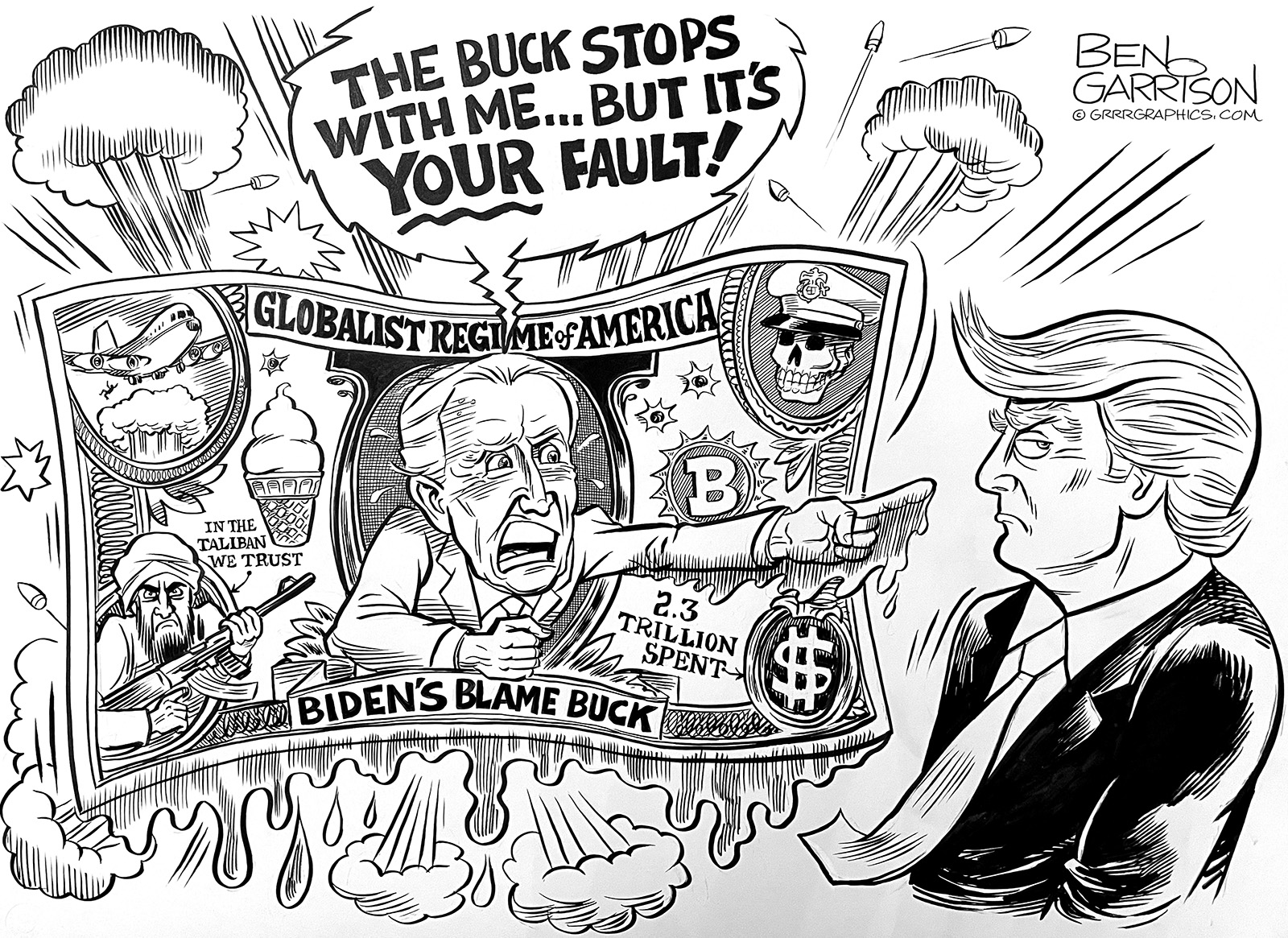 Also available as a signed print