Two years into the COVID-19 pandemic, small businesses across the country are still struggling under the weight of government restrictions and mandates. Now, they’re in for another ugly welcome this New Year—at least, in the 84 places that are raising their mandatory minimum wages in 2022.

When states or local governments pass minimum wage increases, they typically structure the laws so the increases phase in over several years, often starting on Jan 1. With 2022 officially underway, minimum wage increases will take effect in 25 states, 58 cities/counties, and Puerto Rico, according to a new report from the Employment Policies Institute (EPI), a fiscally-conservative think tank that generally opposes minimum wage hikes. 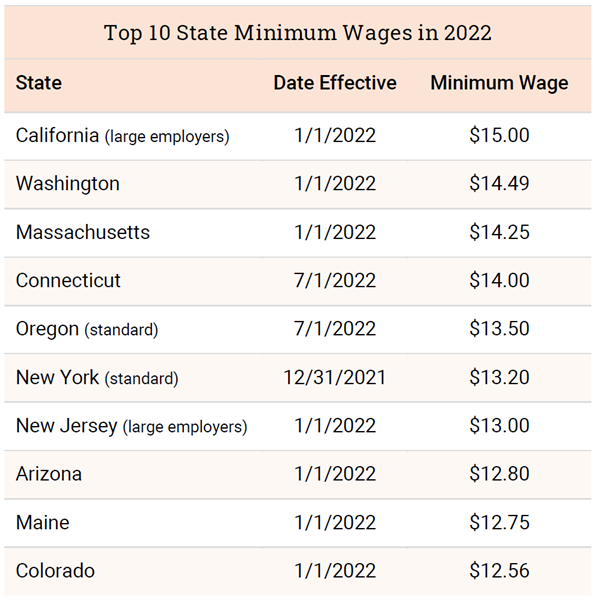 Next up are more California localities, with Berkeley and San Francisco implementing a $17.16 minimum wage, while Mountain View and Sunnyvale go for $17.10 and Palo Alto and Milpitas enact minimum wages of $16.45 and $16.43, respectively. 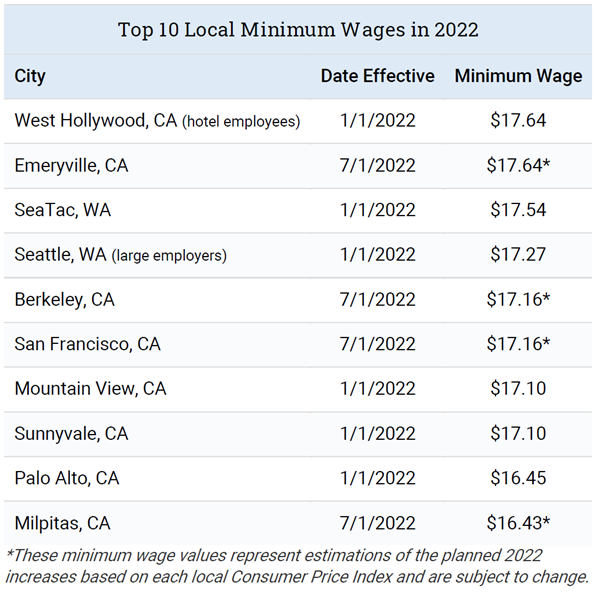 “We know the damage that sharply rising minimum wage mandates have caused prior to the pandemic,” EPI Managing Director Michael Saltsman said. “Now, despite the track record of past harm, minimum wage advocates are instead moving the goal posts without assessing the extent of losses created by minimum wage hikes despite the hardship of the last two years.”

While some workers will see their wages go up as a result of these increases, many others will lose their jobs entirely or have their hours reduced and see a net reduction in earnings. Why? Well, because the real minimum wage is always zero: unemployment.

“Making it illegal to pay less than a given amount does not make a worker’s productivity worth that amount—and, if it is not, that worker is unlikely to be employed,” famed free-market economist Thomas Sowell explained. “Unfortunately, the real minimum wage is always zero, regardless of the laws, and that is the wage that many workers receive in the wake of the creation or escalation of a government-mandated minimum wage, because they either lose their jobs or fail to find jobs when they enter the labor force.”

Minimum wage increases can eliminate millions of jobs and lead to lower overall compensation, but that’s not it. Studies have also shown that mandatory wage hikes can lead to higher prices for food and childcare, more than negating any benefit.

Of course, many of the minimum wage increases taking effect across the country are gradual. But their consequences are still very real—and they’ll still be felt by families already struggling with crippling inflation and a faltering recovery.

The post These 84 Places in America Are Raising Their Minimum Wages to Ring in the New Year was first published by the Foundation for Economic Education, and is republished here with permission. Please support their efforts. ‘The Only One Lower Is Kamala’: Trump Mocks Biden-Harris Approval Ratings
1 hour ago

‘The Only One Lower Is Kamala’: Trump Mocks Biden-Harris Approval Ratings

‘A Senseless Act Of Violence’: NYC Mayor Eric Adams Responds To Killing Of Woman In Subway
2 hours ago

‘A Senseless Act Of Violence’: NYC Mayor Eric Adams Responds To Killing Of Woman In Subway

‘This Bill Is Not A Takeover Of State Elections It’s A Response’: Dem Calls Out State Voter Bills
2 hours ago

‘This Bill Is Not A Takeover Of State Elections It’s A Response’: Dem Calls Out State Voter Bills