The City of Miami recently charted a new course in its approach to urban planning, voting to reinstate various minimum parking requirements for new developments after a 7-year experiment in relaxing them. The move, which was enacted in March by a 4-1 city commission vote, will make it harder to build smaller and more affordable housing units in the city’s denser areas.

In a recent piece for Slate, Henry Grabar captured some of the reaction to the change.

“I can tell you that none of our tenants or clients are asking for more parking,” said Andrew Lenehan, a contractor in the Miami area. “They’re asking for more efficient buildings close to the urban core where they work, dine, and go to school.”

Members of Miami’s planning board were equally unimpressed, calling the move “bizarre,” “baffling,” “shameful,” and “garbage.” The board’s advisory vote was 9-2 in favor of maintaining the relaxed version of the parking requirements.

The impact of the change will be noticeable, says Andrew Frey, the developer who lobbied for the original ordinance that relaxed the laws in 2015. Many small developments had sprung up in the city’s core neighborhoods because of the relaxed requirements, but with the new requirements, he says the vast majority of these small-scale projects will stop.

One architect said he was designing a building with 17 units on a 5,000 square-foot lot, but with the new parking requirements, he says the lot can only accommodate six units.

“Each new Miami apartment will once again be required to come with 1.5 parking stalls, rounded up, whether residents want them or not,” Grabar notes. “The cost of building those spaces, spread across fewer units, will wind up raising rents—if the law doesn’t kill off projects altogether.”

The big question, of course, is why. Why impose such harmful requirements on developers, and ultimately tenants, businesses, and homeowners?

The simplest answer is the one that’s always given for these kinds of measures: parking congestion. “There’s no room to park in the streets,” said Commissioner Joe Carollo. “What we can’t have is this free-for-all we’re having right now.”

Whether or not Miami’s streets genuinely face a parking shortage is, of course, a matter of debate. Even if they do, it’s also a matter of debate whether reinstating minimum parking requirements is the best way to address the shortage (as opposed to, say, setting up parking meters).

But while parking congestion is certainly worth discussing, Grabar has some other ideas about what might really be prompting this move. For one, there’s an ongoing feud between Commissioner Joe Carollo and one of the developers of these smaller units. What’s more, Graber notes that “under the new system, any builder seeking to construct less parking must come before the city commission and plead their case. That gives the city commission new power, and creates an incentive for developers to make the right donations to grease the wheels of zoning exemptions.”

In other words, this whole thing could just be a charade to facilitate some good-old-fashioned corruption.

Whatever the reason, it’s worth taking this story as an opportunity to think through the broader debate around minimum parking requirements.

As mentioned above, proponents argue these requirements are necessary because there would be too much parking congestion on the roads without them. The problem, however, is that the government has no way of knowing how much is the “right” amount of parking for any given residence or business. As a result, the minimums are basically just arbitrary numbers. Numbers which make zero sense in many cases.

The problem is exacerbated by the political incentive structure. As Ryan McMaken explains, local residents hoping to free ride by parking on city streets for free often demand parking minimums for local businesses so that no one takes “their” spot. And since the costs of parking minimums in terms of wasted space are not nearly as conspicuous as the angry resident complaining that there’s nowhere to park, politicians have a strong incentive to err on the side of overly-abundant parking requirements for new developments. 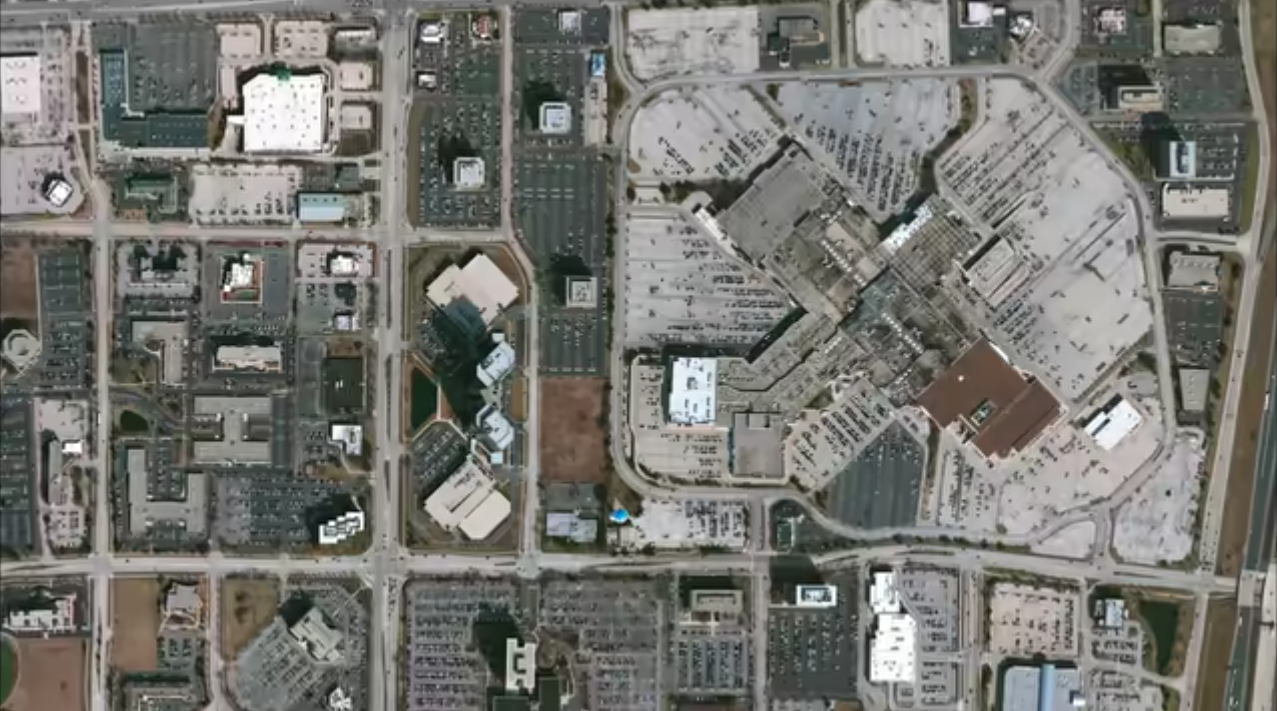 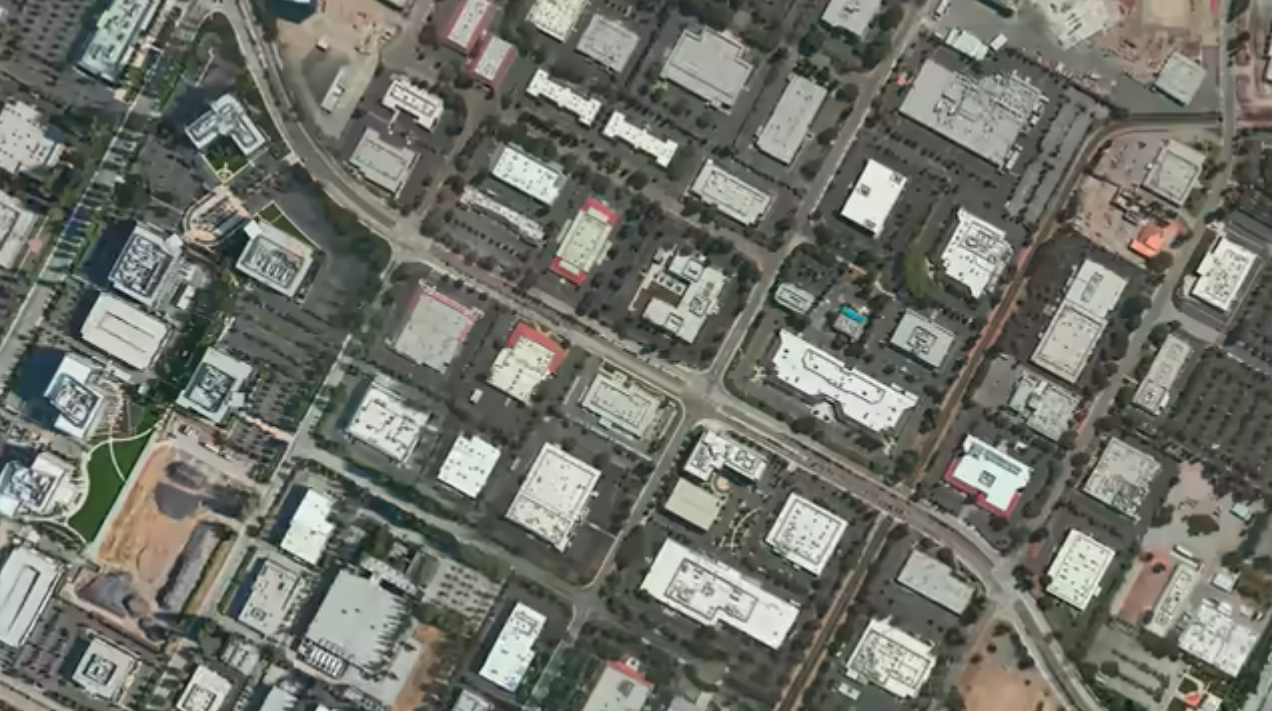 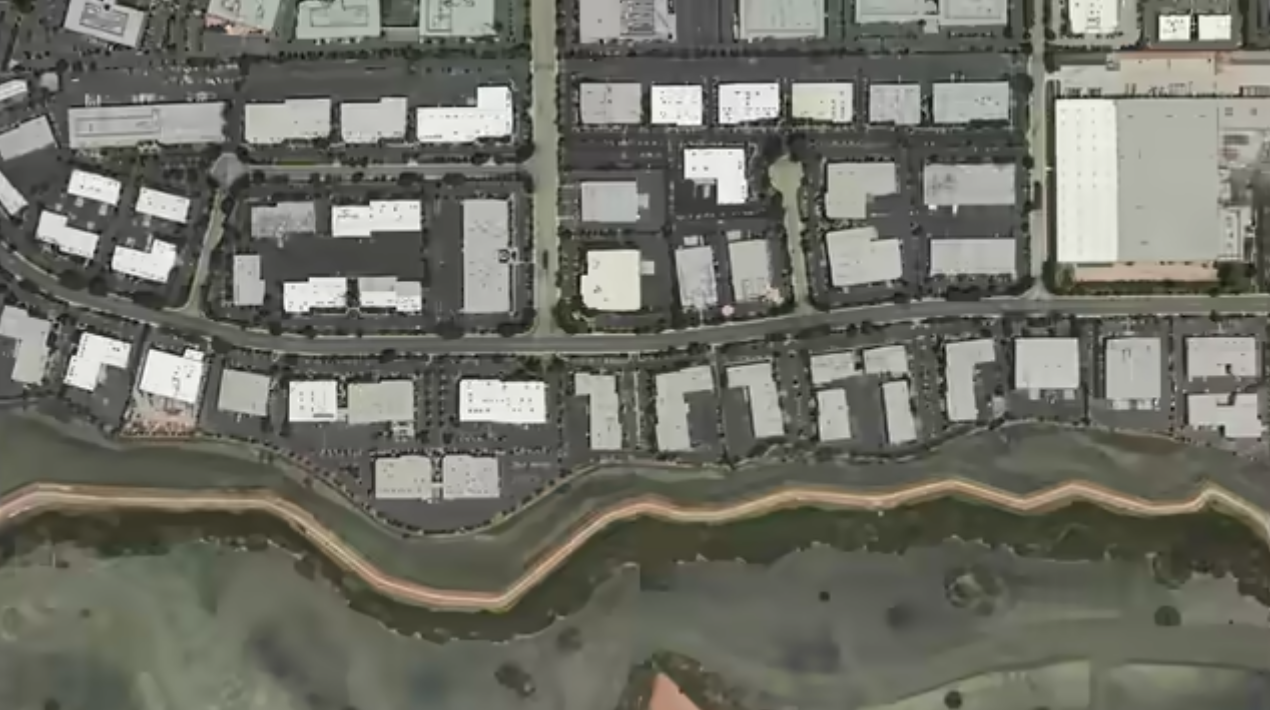 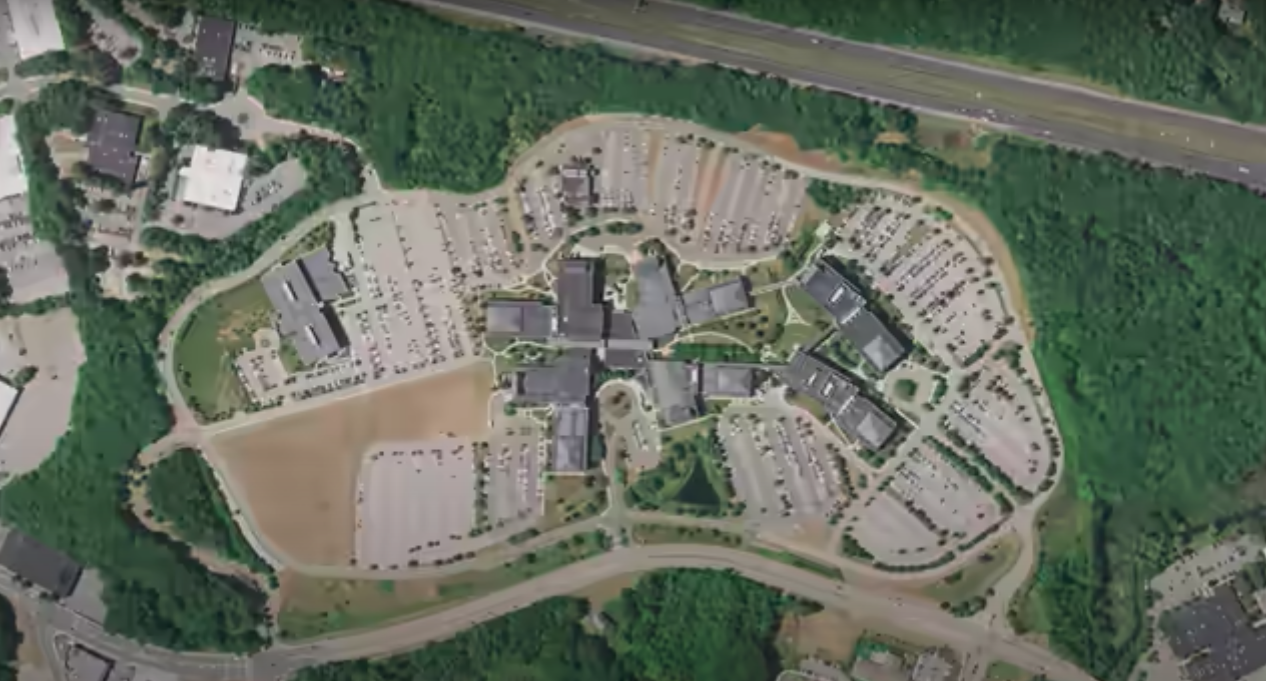 “It’s estimated that in America there are 8 parking spots for every car, covering up to 30% of our cities, and collectively taking up about as much space as the state of West Virginia,” Will Chilton and Paul Mackie note in a Vox video on the topic.

“Look at any place from the air…and you’ll see an awful lot of land taken up for parking,” says Donald Shoup, an economist and UCLA planning professor who drew attention to this issue with his book The High Cost of Free Parking. “And most people don’t know why: it’s our policy that we require our cities to be built with a lot of parking.”

Indeed, a quick glance at the aerial view of most cities is all that’s really needed to appreciate just how much these requirements have shaped our urban centers. The amount of space taken up by empty parking lots is hard to ignore, and it makes you wonder whether such profligate land use would have ever been considered if it wasn’t mandated.

The impact of these laws on the character of urban communities is also hard to miss. As Michael Manville notes in a brilliant piece for The Atlantic, “America did not become a country of strip malls and office parks because we collectively lost aesthetic ambition. These developments are ubiquitous because they are the cheapest way to comply with regulations.”

So what’s a better solution? In short, there needs to be a market for parking spaces so that prices can facilitate a balance of supply and demand. Full parking lots (a shortage) will command high prices, inducing local developers to build more parking. Empty lots (a surplus) will see lower prices, inducing local developers to devote land to other uses.The parking market will take different forms in different contexts (parking meters, paid lots, etc.), but that’s exactly the kind of flexibility that’s needed to address a problem as context-specific as this.

Of course, this approach is unpopular because it means people will have to pay for parking. But the truth is, parking was never really free to begin with. Its costs were simply hidden in the form of higher taxes, higher rents, and higher prices at the businesses we frequent. So it’s not really the case that we will have to start paying for parking that we weren’t paying for before. It’s just that the costs will become more visible.

What’s more, they will likely come down over time because we won’t have to pay for all the “free parking” that hardly ever gets used.

This article was adapted from an issue of the FEE Daily email newsletter. Click here to sign up and get free-market news and analysis like this in your inbox every weekday.

The post New Miami Parking Requirements Are Making It Harder to Build Low-Cost Housing was first published by the Foundation for Economic Education, and is republished here with permission. Please support their efforts.